In reeving a pair of tackle blocks, one of which has more than two sheaves, the hoisting rope should leadfrom one of the center sheaves of the upper block to prevent toppling and avoid injury to the rope. The twoblocks should be placed so that the sheaves in the upper block are at right angles to those in the lower one,as shown in the following illustrations.

Start reeving with the becket, or dead end, of the rope. Use a shackle block as the upper one of a pair and a hook block as the lower one as seen below.

Sheaves in a set of blocks revolve at different rates of speed. Those nearest the lead line, revolve at the highest rate of speed and wear out more rapidly.

All sheaves should be kept well lubricated when in operation to reduce friction and wear.

How to Figure Line Parts 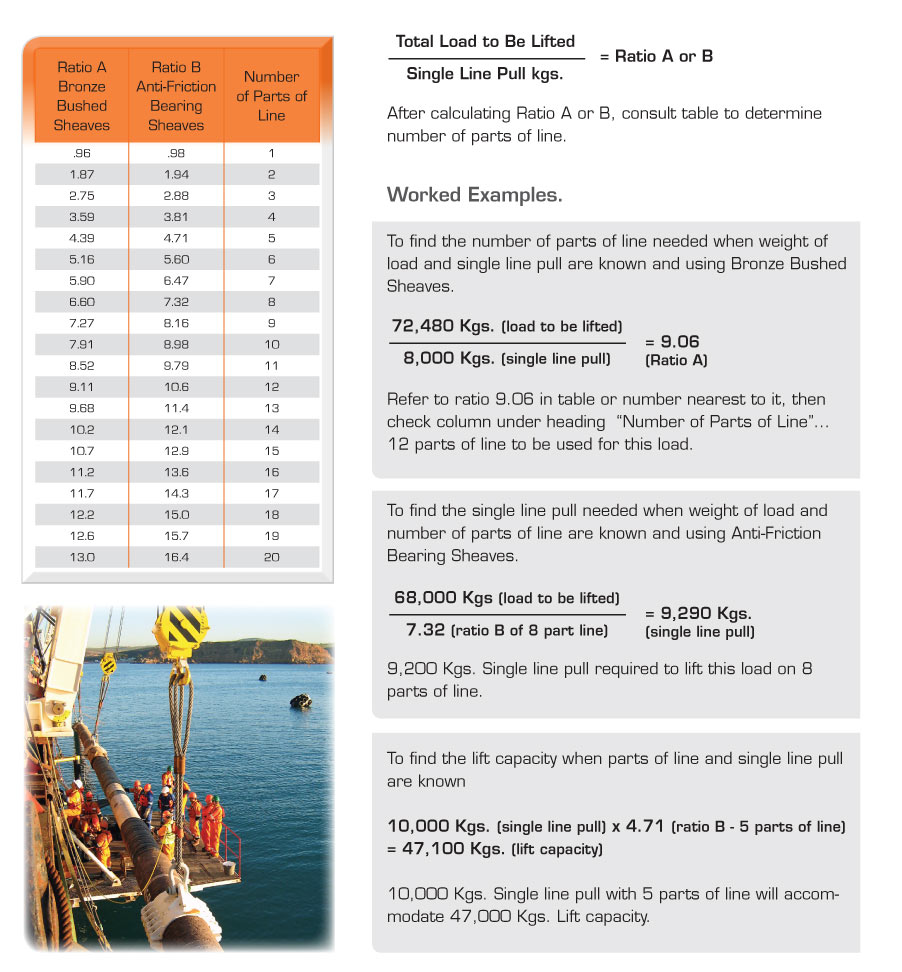